Roath, which also contains the area of Cardiff known as Plasnewydd, is one of the larger suburbs of Cardiff, and is popular with students, professionals and families. It is such a large area that this diverse mix of people is to be expected. Roath lies to the east/north east of Cardiff, and is bordered by Adamsdown to the south and Cathays and Penylan to the north.

Along with Cathays, Roath is one of the most popular Cardiff areas for students, which is why you can find a large choice of student housing and shared accommodation in these neighbourhoods. 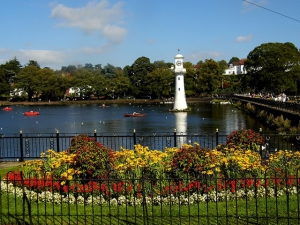 Cardiff is filled with beautiful parks, one of the nicest being Roath Park, and as the name suggests, it’s only a short walk away for anyone who resides in Roath. The park has been awarded the Green Flag award to highlight its importance to the Cardiff community, and it’s the perfect place to go for a stroll or a run, or to have a picnic in the summer. With its lake, botanical garden (including a beautiful rose garden) and large playground, Roath Park had something to offer everyone.

It’s no secret that Cardiff has a thriving creative community, so it should be no surprise that there is theatre space around every corner, and the same is true for Roath. The Gate Arts Centre offers theatre performances, music and other events to encourage a creative outlook on life.

Another artistic rendezvous - and one of the highlights of the Cardiff events calendar - is the Made in Roath festival, which is an annual event that celebrates the Roath community through art, film and performance. It is during these unmissable few days this event that you will realise just how much of a vibrant and loving community Roath truly is.

Do you need to live in an area that makes it easy for you to pop out for a quick shop, but don’t want to deal with how busy Cardiff city centre can get? Then you’re in luck, as Roath boasts not one, but two major shopping streets for you to get everything you need. City Road features what may feel like every single takeaway in Cardiff - and there’s also Kaspa’s, for those of you with a sweet tooth - while Albany Road has supermarkets, pubs and charity shops, and other stores offering the essentials.

You’ll also be equal distance from the city centre and the retail park on Newport Road, so those are valid shopping options too. 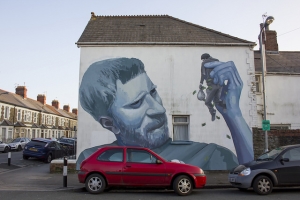 As we mentioned above Roath unfortunately no longer has its own train station, which means that travelling by bus, cycling and walking are the most popular forms of transport for Roath residents (unless they have a car, or enough money to splash for a taxi). The nearest train stations to Roath are Cathays and Queen St, both of which are about a 20-minute walk away.

If you do drive, it is easy to access the rest of Cardiff or the M4 by following Crwys Rd or Newport Rd.

There are plenty of buses that service the Roath area including the number 1 and 2 which make stops across major Cardiff areas including the city centre and the Heath hospital (it doesn’t hurt to know how to reach the closest hospital and A & E).

Roath is the perfect area for students who don’t mind travelling a bit further to get to university, or for young professionals and families looking for a cost-friendly neighbourhood to settle down. Roath is such a large area with an eclectic amount of different properties, that there’s sure to be something for everyone.

If you think living in Roath is for you, view our properties, contact us via email info@capitalpropertiescardiff.co.uk or give us a call on 02920227080.